Global trading group BB Energy and its Solarcentury Africa unit aim to be trading solar-generated power on the Southern African Power Pool (SAPP) around the end of 2023, executives tell The Africa Report. 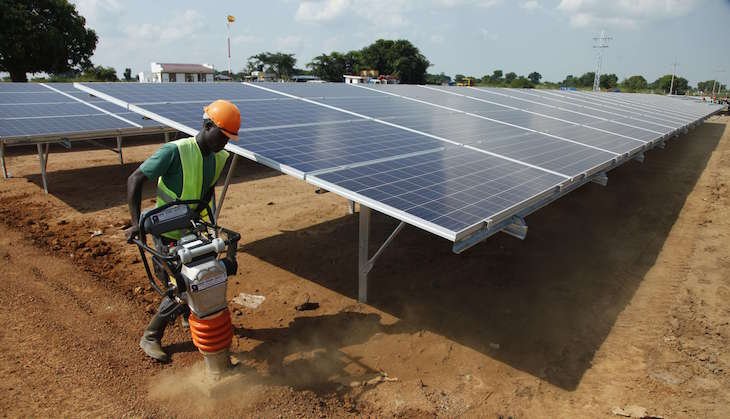 Solarcentury is developing solar projects in Botswana and Namibia, either of which would meet the threshold needed to gain access to SAPP as a market participant, says Jason De Carteret, head of Solarcentury Africa. The aim of the Commission at least one of these projects by the end of 2023, and de Carteret hopes that SAPP trading access would follow immediately.

SAPP membership is made up mainly of national power utilities from the 12 countries in the Southern African Development Community (SADC) region.  Membership was extended to market participants in 2021, but trading has been limited de Carteret says.

BB Energy was founded in Lebanon on in 1937 as a grain and asphalt trading company before entering the oil industry in 1963. Solarcentury Africa, which develops solar power and storage projects, was bought by BB Energy in April 2021. BB Energy's global trading and back-office capacity would enable it to trade 24/7 on SAPP, de Carteret says.

A decision on which entity will carry out the SAPP trading has yet to be taken, but Mark Sims, who spent 35 years at Eskom and has served on SAPP sub-committees, will head the power trading desk, to be based in the SADC. Getting market participant access to SAPP will be a "very significant step”, he says. Ongoing load shedding in South Africa shows that "there needs to be a new route to market" for power suppliers.

De Carteret says Solarcentury is open to new funding. Projects costing less than $50m tend to be equity financed. Once that amount is exceeded, there can also be a debt component, he says. De Carteret notes that it's harder for funders to take a view of the potential of SAPP compared with a standard offtake agreement. Still, he says, there's "no bottleneck" on funding for current projects.

Solarcentury could also supply power to a national utility in a host country rather than via SAPP. Namibia, for example does not allow power to be imported. While a free market would be a step forward, transmission infrastructure across the region is the bigger barrier, de Carteret says.

In July, Solarcentury Africa agreed with Renewable Energy Services Africa and Checunda Investimentos to build a 100 MW-peak solar plant in Chumuara, Mozambique. The Plan is to feed the electricity into the state-owned Electricidade de Moçambique (EDM) grid.

The SADC region needs SAPP market participant trading as soon as it can get it.